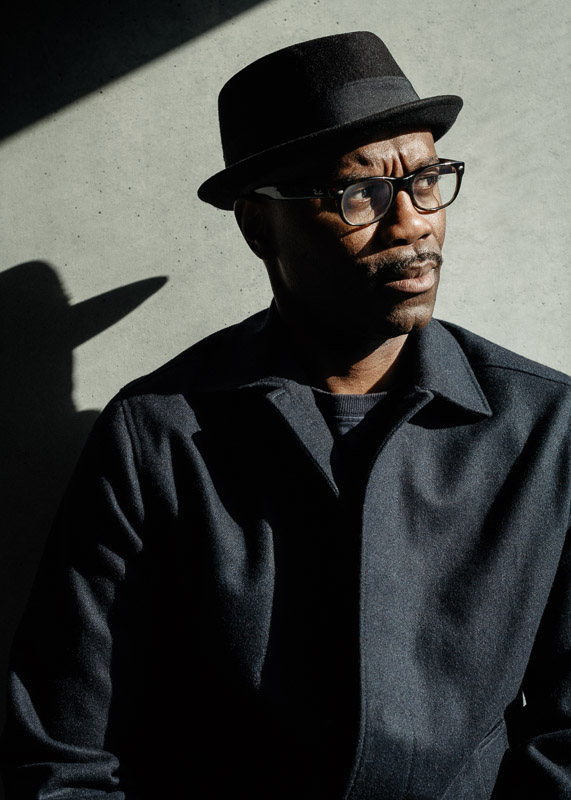 Jean-Philippe Kalonji was born in Geneva in 1973. After travelling and living in New York, London and Japan, he returned to Geneva-Carouge, where he currently resides. Painter, illustrator and comic book author, he began his career in 1992 and was finally called upon to collaborate with several renowned institutions. In 2009, JP Kalonji was signed by Dark Horse Publications in the United States for its publication “365 Samurais and a Few Bowls of Rice”. Particularly well received by its fans, the work was quickly sold in Australia, New York and London. That same year, he participated for the first time in Comic-con, the world’s largest graphic novel congress, where he sat alongside such great masters of the stage as Mike Magnola (creator of Hell Boy). In addition, the McLaren Formula 1 team commissioned him to do artistic work on the team’s products. JP Kalonji has also worked closely with organizations and personalities such as UNESCO; the London Olympic Games Committee, Yohji Yamamoto, was published in Vanity Fair, France and worked creatively with the Theodora Foundation. Currently, it is also important to mention his order for “Le Corriere Della Serra” in 2015 for the world expo in Milan.In the same year he was invited by ICAN the 2017 Nobel Peace Prize ngo for a live painting to commemorate the anniversary of the bomb on Hiroshima. As an editorial illustrator for the newspaper LE TEMPS, he runs aside a campaign for the mythical Luxury Hotel The Langham London for LABELV in 2017.He designs and composes the graphic design of the poster as well as all the visual communication for the 2018 edition of the legendary Course de L’Escalade, which takes place in Geneva city. The same year he’s appointed artistic director at Civitas Maxima,an NGO that defends victims of war crimes. He illustrates the annual report of the last two years then collaborates on a comic series published on the web and goes to Liberia for a workshop, which will lead to an exhibition at the FIFDH during spring 2019. Since then, he has collaborated with the prestigious Caran D’Ache for the drawings on three new boxes for the new range of graphite pencils, as well as a drawing performance following the exclusive edition of the ballpoint pen made from recycled aluminium capsules from Nespresso, which is the result of a partnership between two prestigious Swiss brands with common values such as environmental protection, innovation and Swiss quality design , Invited twice as a member of the jury of the CdA prize for the HEAD (Haute école d’art et design.) in Geneva. Also mandated for a temporary exhibition at the MEG (the Geneva Museum of Ethnography) is collaborating with four renowned artists to illustrate different fairy tales. Artistic resident  at the Musée D’art et d’Histoires de Genève Suisse . In addition to his artistic work, Jean-Philippe Kalonji regularly supports a range of different causes. In 2019, as part of a partnership between Caran d’Ache and the ICRC (International Committee of the Red Cross), he has pledged his support by drawing the promotional material for an 849 ballpoint pen, the profits from which will be donated to the ICRC. The Swiss artist has become the new Ambassador for the stunning RGB range – an innovative combination of graphite and colour.